With a little extra time to kill, we headed to Ocala Sunday night. Along the way we hit a bitchin' natural spring at a campground for a relaxing dip. Super neat, would have loved to camped there for a while. Monday we got up and followed a tip from Caleb, and headed over to H&B Cycles. Richard was nice enough to let us crawl around the shop and check stuff out. There's more in the "museum" but we'll cover that later.

I had a conversation with one of the rugrats there, he must have been about six. He told me he doesn't much care for choppers, mostly preferred FXR's like his daddy rides. Smart kid. Him and the other shop rat fetched wrenches while an old Ironhead was going back together and they had a funny argument over US-made dirt bikes. "KTM's are made in 'merica" one said. "No they ain't! Those are from Australia!" the other one corrected. Close enough, Jr. Close enough. They finally got an old quad running and tore ass around the back yard behind the shop like a couple a Huck Finns while McGoo snuck in on the tour of the museum and Mike and I dug around checking out bikes and parts. It was a fine site. 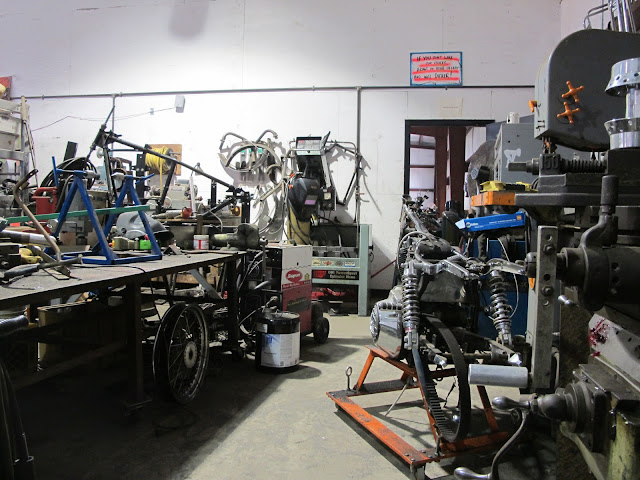 If you get near Ocala, stop by and check it out. Thanks for the tip Caleb, you were right. 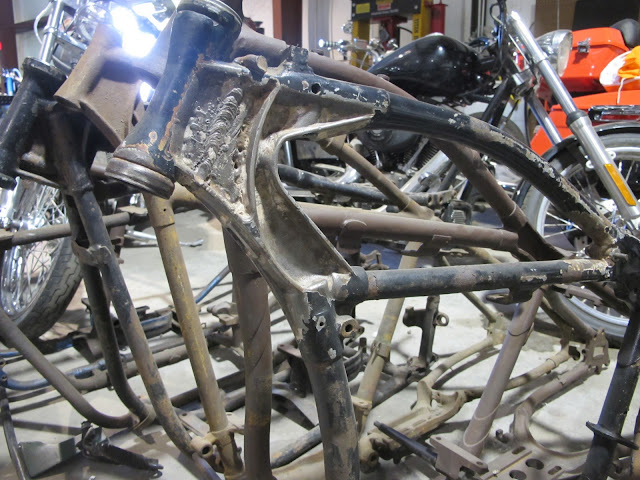