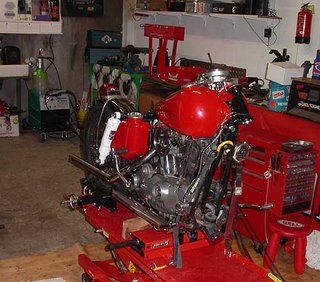 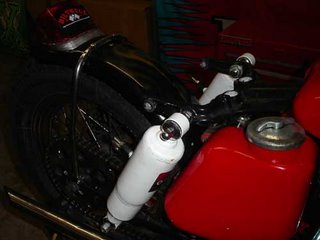 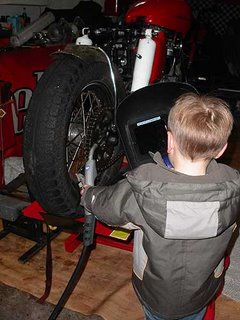 We just got an update e-mail from a Great friend of ours "The Coach" Paul de Jong of Pauls Boutique
in The Netherlands. He is putting together a . . .well read he sent! Looks Great Paul, have fun!

Philip the Builder is ready to weld a new frame for the XL project but he need to find the switch of the
new Mig weldingmachine first.


Rear fender is almost ready, it will be short with selfmade fenderstruts of a HD Frontfender running over
the fender instead of under. Paint is off now and metal will be smooth by Philips hammer next time.

Taillight will be a original HD sportster one which will be cut out for white light for the licence plate later.


Just got the UNIVERSAL Clutchlever and Hot start button in da house so we work on that in the coming
weeks, the Hot start button will be the Choke lever....if that's gonna work but Philip says: YES WE CAN!


Fork is a bit later than I expected cause my CNC-guy is riding the Paris-Dakar Rally as a mechanic so he
will be back from Hell next week.

We will keep you informed about the project, tips & tricks are welcome but not needed with a
wrench guy like Philip......